President Kabila to sue the Namibian for defamation

In an article sensationally titled “DRC’s lost billions traced to Namibia” recently published by The Namibian newspaper on the 17th December 2021 wrongly implicates ex-President Joseph Kabila, in the alleged heist of N$516 million from the DRC public purse through companies identified as Egal and Samaki Fishing Enterprises.

John Grobler, the journalist who authored the article claimed his source as “The Paris-based Platform to Protect Whistleblowers in Africa” who purportedly obtained 3,5 million leaked documents from BGFI Bank. The source is infamously titled as “Congo Hold-Up” and is constituted by 5 non-governmental organizations and 19 media houses including The Namibian.

The article alleges that a commercial transaction between Egal and Samaki Fishing was camouflaged as import and export of frozen food transaction when in fact it’s true purpose was nefarious. It is claimed that Albert Yuma of Gecamines, Marc Piedboeuf, Eric Monga, Haddis Tilahun and Martha Namundjebo-Tilahun are directors of Samaki Fishing. The company allegedly delivered only N$ 4 million worth of products to the DRC, while it received N$ 516 million from Egal for a four year period.

Impermissibly and wrongfully, the article links the ex-President to Samaki Fishing and Egal because of the protagonists and not through any shred of evidence. The Namibian reached its defamatory statements against the ex-President by presenting ‘facts’ with a sleight of hand. The Namibian made crucial but wrong assumptions in reaching its conclusions. We shall dispel two wrong ‘facts’ relating to Egal and Albert Yuma, as both go to the heart of the article.

The Namibian deliberately and with intent to injure the ex-President’s reputation failed to report that the General Inspectorate of Finance’s independent investigation cleared the exPresident of any wrongdoing in respect of Egal.

Cognizant of this fact, the article links the ex-President to Albert Yuma, because of his previous role as chairperson of Gecamines. The impression is wrongly created that Yuma was appointed for kleptocratic reasons.

The intention to injure the dignity of ex-President Kabila is further demonstrated by the malicious usage and displays of his face in all the defamatory articles.

The Namibian must have realized the tenuous connection above. It sought to embellish the  above claim by stating that Namundjembo-Tilahun is close to ‘Kabila’ as honorary consul. This latter claim was deliberately left vague for the readers of the article to impute either the ex-President or his Late father Laurent Kabila.

The article is further defamatory of the ex-President’s character and reputation because of the sting it carries. Payments allegedly made by Egal to Samaki Fishing are juxtaposed with construction development of Freedom Plaza, controlled by Haddis Tilahun. In turn and out of the blue the article concludes that the ex-President’s brother bought immovable property in South Africa and United States of America.

In a further article published by The Namibian on 23 December 2021, titled “Kabila’s secret Namibian trip” journalist John Grobler and Shinovene Immanuel continued to denigrate and defame the ex-President. In this article The Namibian claimed that the ex-President owns a luxurious 36-hectares hilltop estate at Brakwater through Sycamore Investments CC’s. This statement is false and devoid of any truth.

The ex-President has instructed lawyers in Windhoek and Johannesburg to sue The Namibian for defamation. The ex-President has appointed Adv. Dali Mpofu SC of South Africa to assemble and lead his legal team. More details on the legal action will be announced in due course. 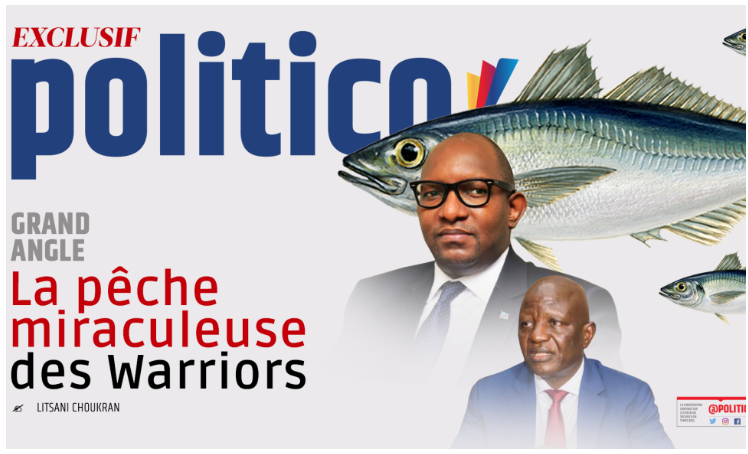